I absolutely adore Renaissance art, so I decided to do a photo shoot/project, using harsh lighting, to replicate the chiaroscuro aesthetic of that time. In post processing, I adjusted the colors and smoothed the skin and fabrics strategically to help achieve that look even further.

These shoots were all very short, 10-15 minute shoots against the same black background. I collaborated with each lovely model to envision a unique character for their images. Thank you to all who helped me realize this vision, credited after the jump.

Before I knew that this would become a series, I just set this up for one model and had Sarah Crain help out with hair and makeup. We imagined the model to be a female crusader, like a Joan of Arc type persona. She is very close with a folk metal band out of Kentucky, Winterhymn (they wear viking-style outfits when they perform), and their lead singer let her borrow some armor and weapons for this shoot!

It was after this session that I realized that this HAD to be a series! 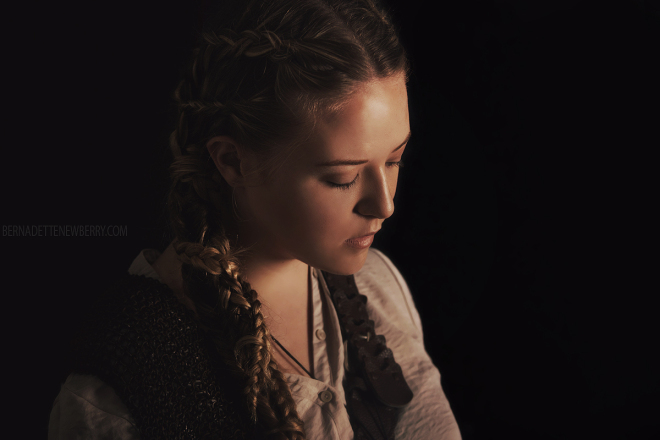 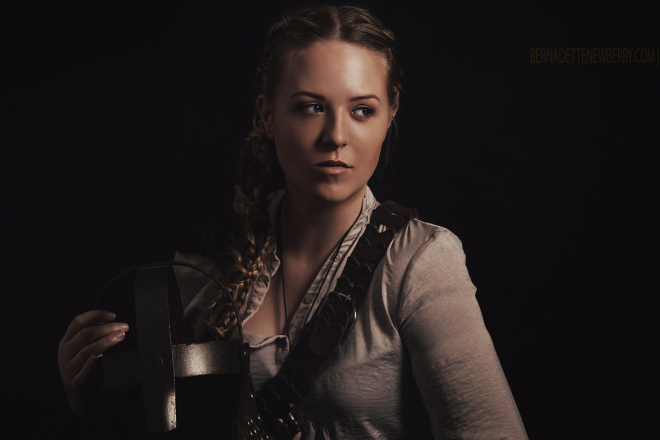 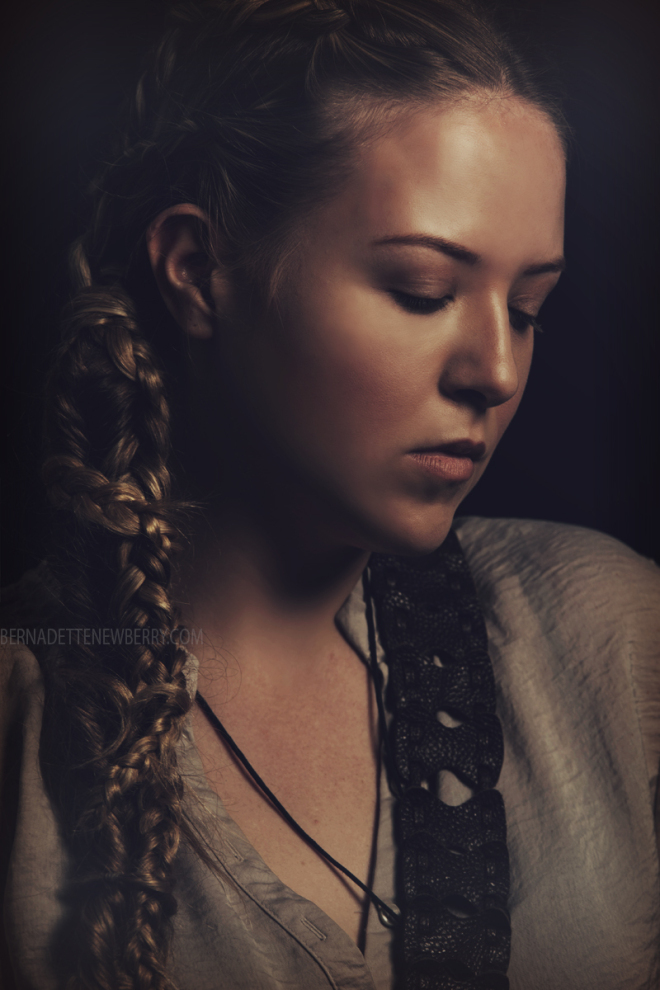 The second model who came, I had initially envisioned doing an artistic nude, but when she came with her hair in a top knot (I didn’t specify any hair ideas, my bad!) I decided to improvise something a bit different! I had some spare fabric lying around from previous shoots, so I literally cut a few pieces of pink and yellow fabric. Within 10 minutes, we had everything shown below in place with the conversation going something like:

I’m totally not crafty, but I think this was perhaps a crafty moment. Haha. 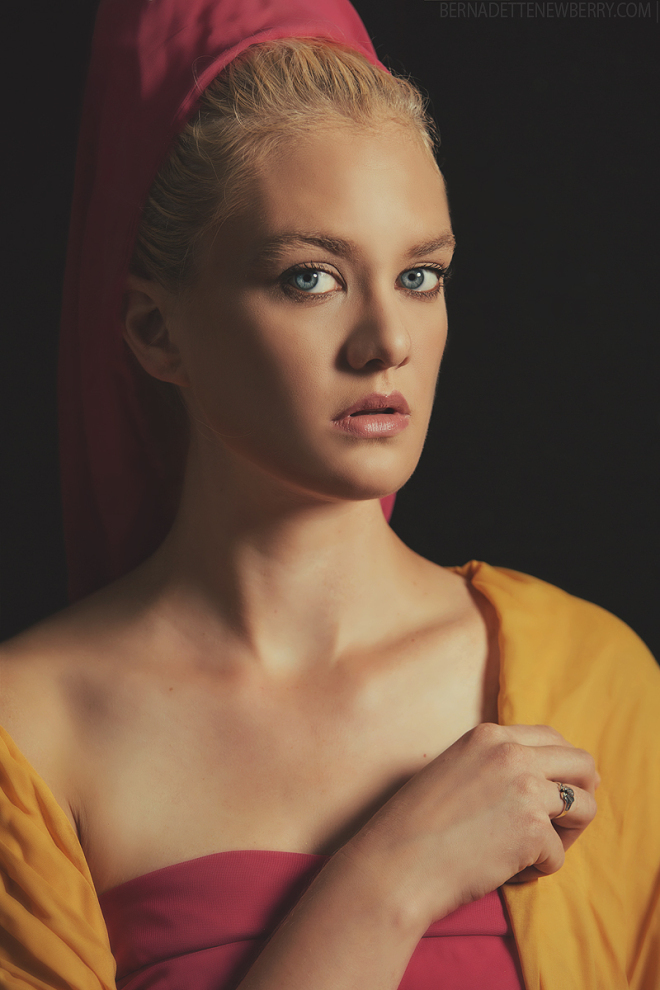 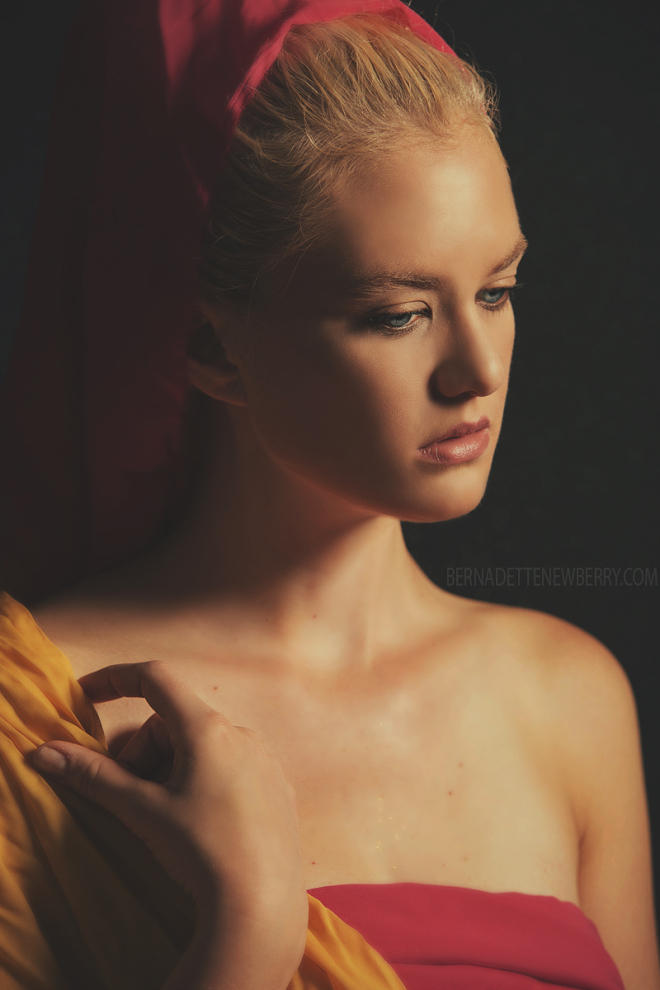 Kat came to my studio to assist me with a lifestyle shoot that I was doing, and offered to also take part in the project since her makeup was already very natural (one of my requests of the models participating.)

She was thrilled with the idea of doing an implied nude for this character concept, where we had her hold all the jewelry that we both owned that looked like it could be of the time - to look like gifts from her king. 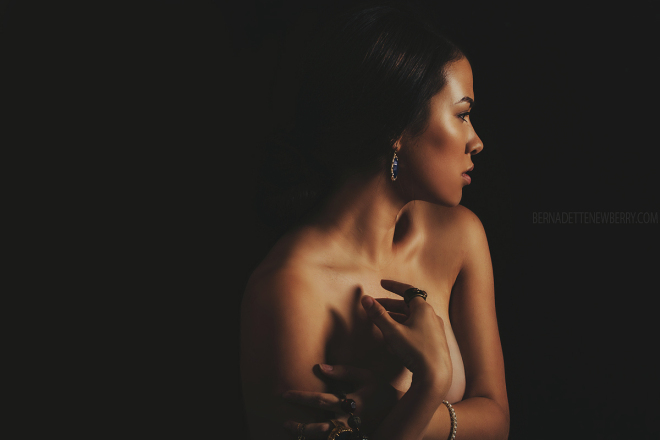 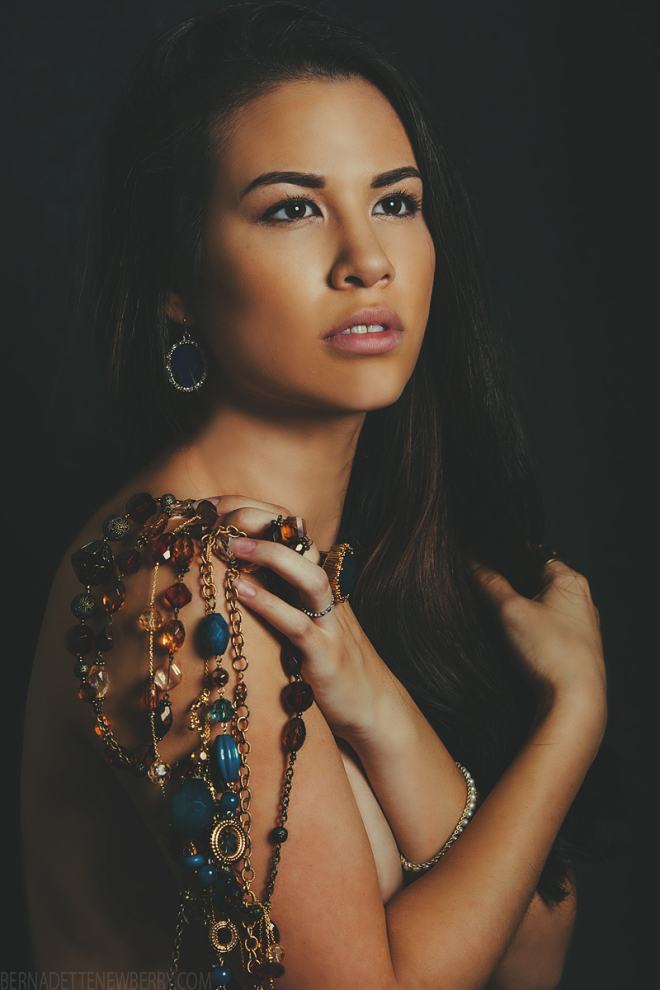 The Lady in Waiting

Bailey arrived at the studio with a big of fabrics and this shiny rope, and quickly created this beautiful headpiece. Crafting win. We imagined her to be a lady-in-waiting to the queen, but also very conniving and gossipy… hence the devious expressions. I love how she’s treating her headpiece almost like a hood in the second shot, as if to hide her face from whoever might be off to the side. What did you do, sneaky?! 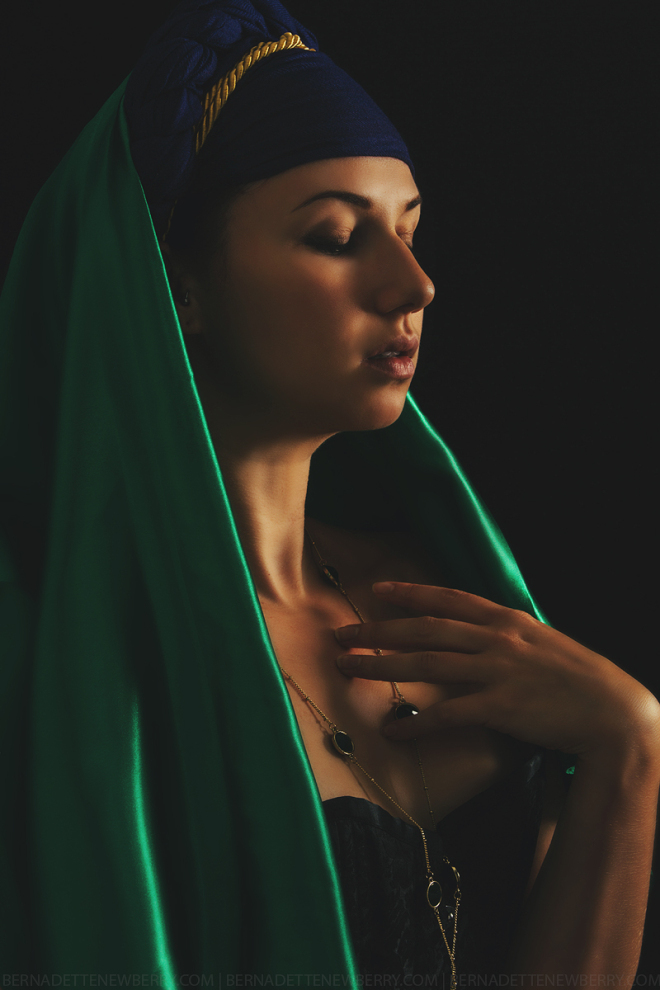 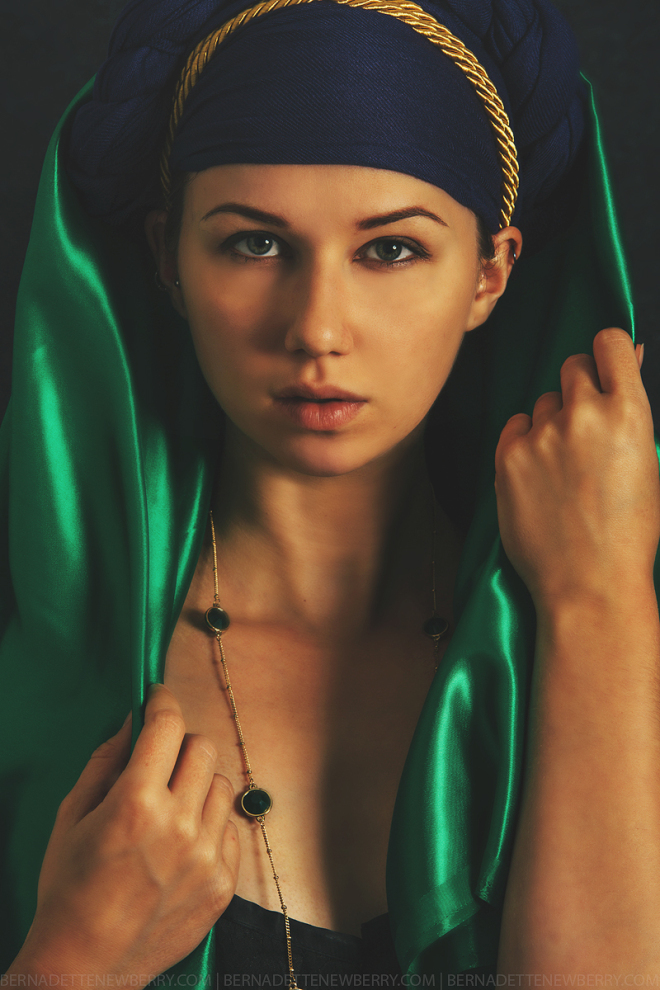 When I announced this concept to my models, I knew that Jessica would be just perfect for it. She’s dressed up to every Renaissance Fair since she was 12 and works there every year. Her Renaissance wardrobe is just amazing.

We imagined Jessica to be something of a pirate/criminal vixen. Yeah, she just poisoned that dude, and what? Just act like you didn’t see a thing… she’s dangerous!

Jessica and Bailey shot on the same day, so it’s kind of fun that we kind of had a “villain” shoot! 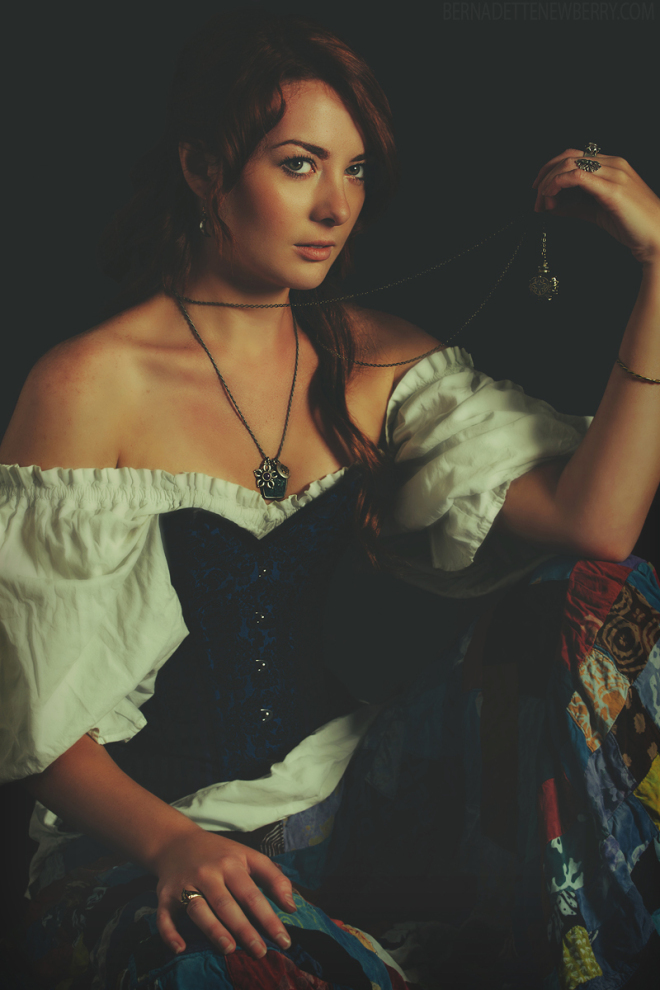 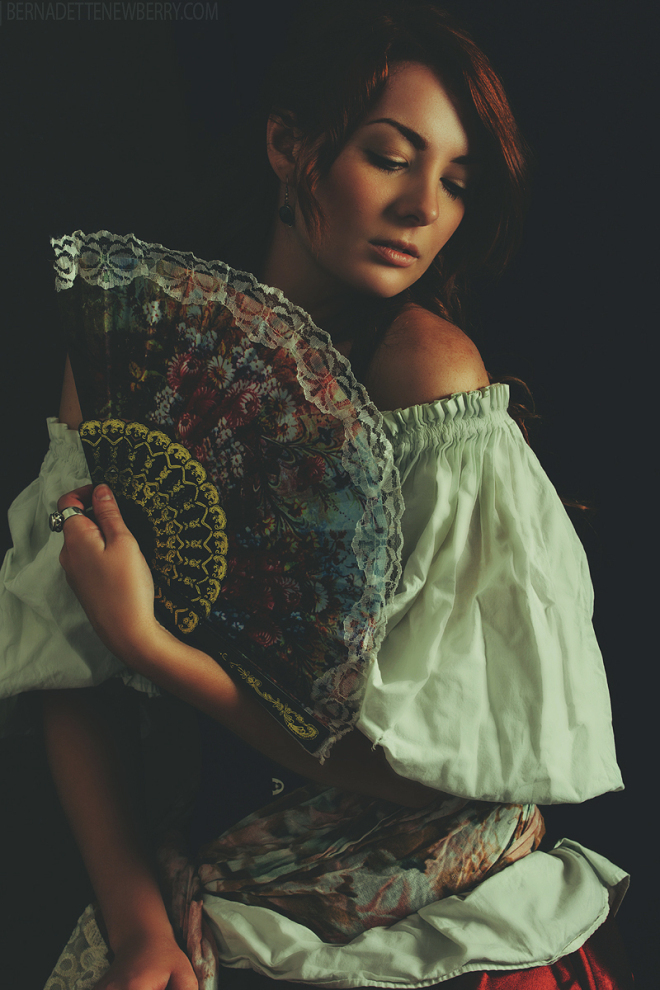 Stacey had found a painting of a woman with long, beautiful hair brushing it and we decided it was the perfect character for her to portray. Simple, but still an intimate and effective portrait I think.

The “clothing” was very simple… she simply brought white fabric and draped it around her. Fashion styling can be very simple for these shoots, and still look authentic. 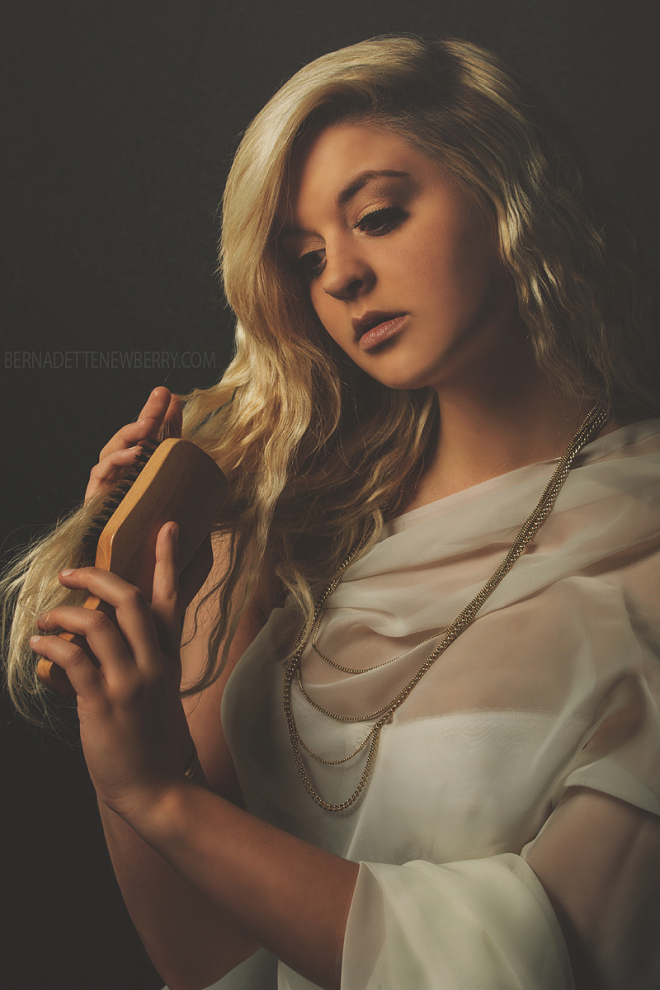 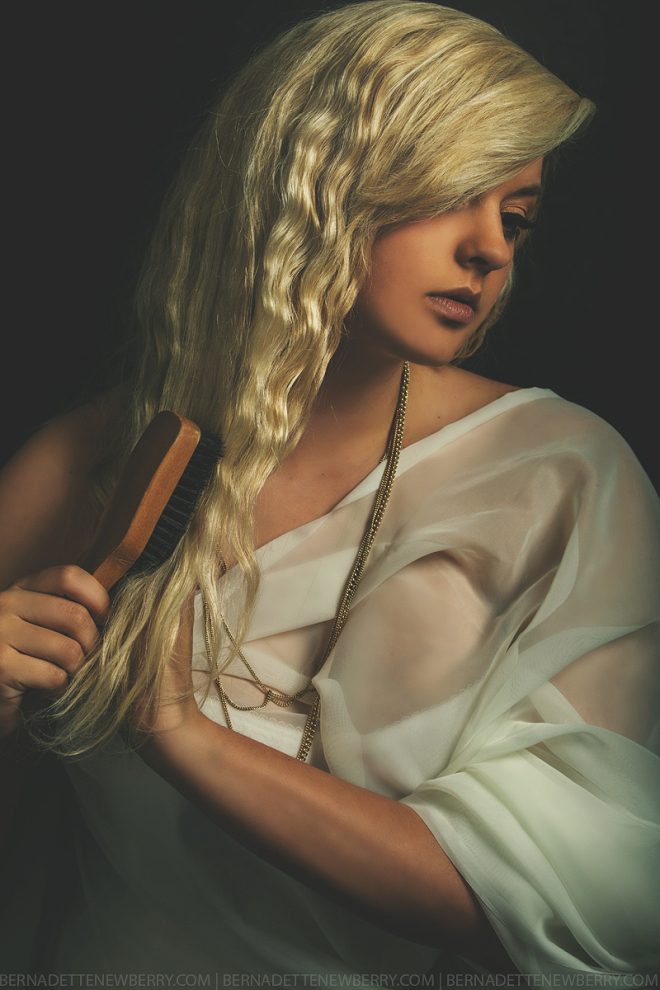 Isabella is yet another who joined in on this project, who loves to dress up to the Renaissance Festival! She brought her gypsy costume that she wears to the festivities. Since her outfit is reminiscent of a belly dancer, she is the only one of my subjects thus far who stood for her portraits. I love how mysterious her portraits turned out! 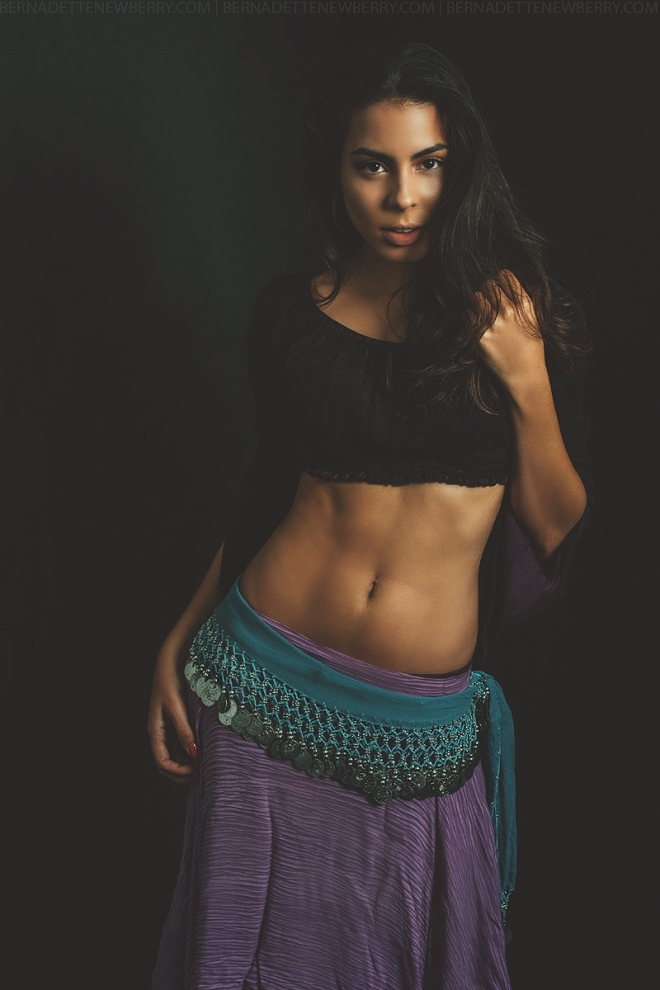 Oh — I also did an impromptu photo shoot with my amazing husband using the Chiaroscuro lighting technique, and edited it very similarly. He wore one of his everyday outfits — this shoot also looks very cool regardless of whether you choose to dress as a Renaissance character! <3 <3 <3 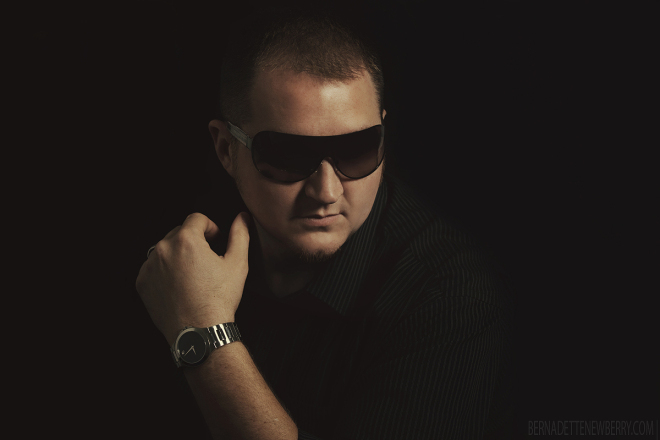 I am currently offering these Chiaroscuro style sessions as mini shoots, on September 13th and 14th only! Please visit my Facebook page for more details.